With warmer weather comes talk of hydration—unfortunately, most people don’t have the facts about hydrating while exercising.

Myth 1: Urine Color Is an Accurate Measure of Hydration

The idea that you should strive for clear urine is mistaken, Fowkes Godek said.

“Urine color is a delayed response, (and) when you are exercising, sweating and drinking to replace the fluids … your body is in constant flux, so it’s hard to use it as a really good measure in those cases,” Fowkes Godek said.

She also pointed out things you ingest—such as vitamins—can change the color of urine.

The bottom line is if your urine is almost clear, you are over-hydrated.

“That’s just as dangerous as the other way around,” she said. “Twenty years ago, we used to say, ‘Drink until you pee clear.’ Well, that’s not normal!” 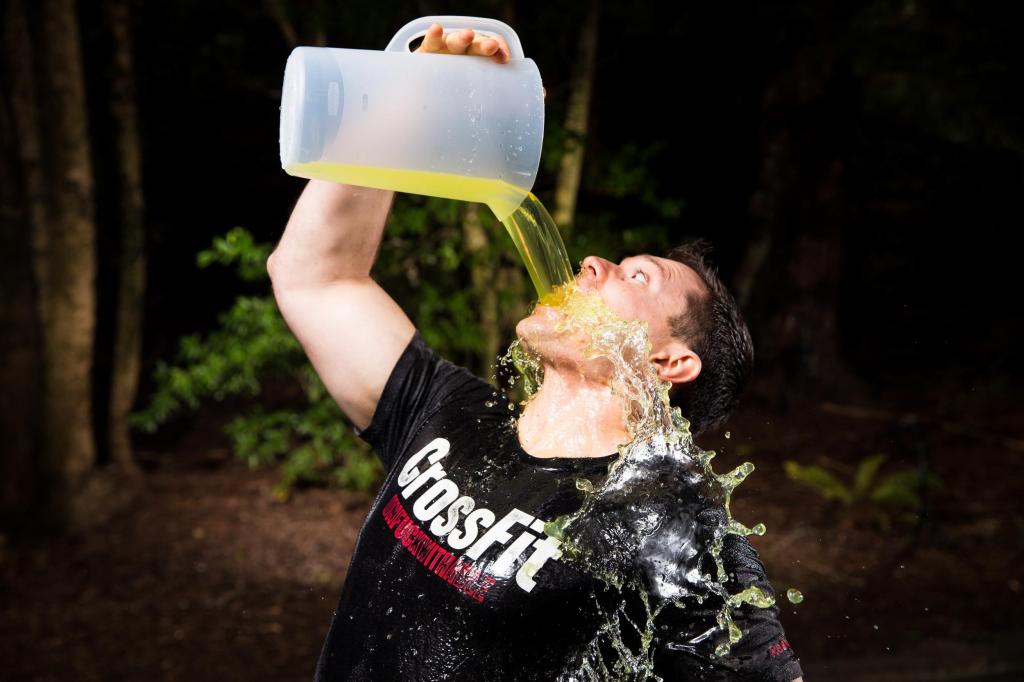 “That’s not true,” Fowkes Godek said. “Once you feel thirst, you are still normally hydrated.”

The other side of the coin: Stop drinking once you are not thirsty. The body is well equipped to let us know when we need fluids.

Most sports drinks, such as Gatorade and Powerade, contain small amounts of sodium and carbohydrates. They are designed to be palatable; they are not designed to replace sodium.

“The problem with sports drinks is people think they are putting enough electrolytes back in, and most cases they are not putting (in) anywhere near the amount of electrolytes they might need,” Fowkes Godek said.

“Sports drinks, for the majority of people, don’t even put back half of the sodium they lose in sweat,” she said. 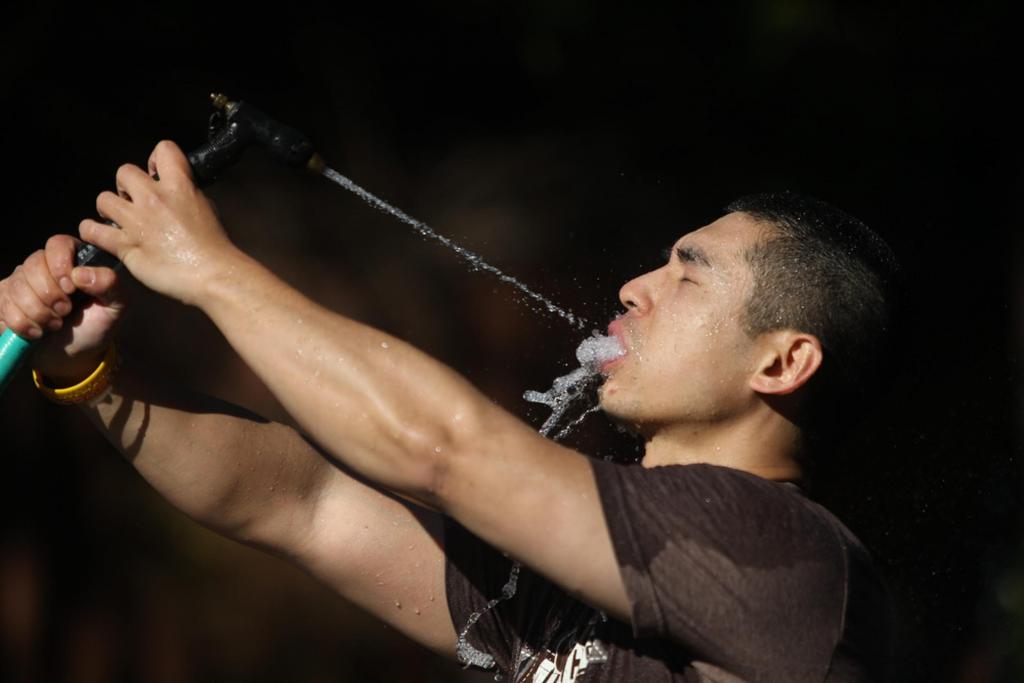 If you aren’t thirsty, put the hose down and walk away. (Dave Re/CrossFit Journal)

If you’re concerned about sodium loss during exercise, Fowkes Godek advises eating a meal or snack with water when you’re done working out. Doing so will replace sodium without risk of over-hydration. Typical sports drinks can’t restore blood-sodium levels because they are not salty enough. The trouble begins when a heavy, salty sweater attempts to replace fluids by drinking sports beverages, which causes blood sodium to become increasingly diluted. To replace 30 g of sodium, for example, an athlete would have to drink 65 L of sports drinks—which would cause hyponatremia.

If you drink a special high-sodium beverage to replace electrolytes, it’s essential to pair that drink with carbohydrates. Gatorade’s carbohydrate content is 6 percent—not enough to facilitate sodium absorption. A true sodium-replacement drink is anywhere from 10 or 12 percent carbohydrate.

“Without a carbohydrate, the majority of the salt you put in your stomach ends up in the toilet within two hours because your body has a protective mechanism against a (mass) of salt,” Fowkes Godek said. 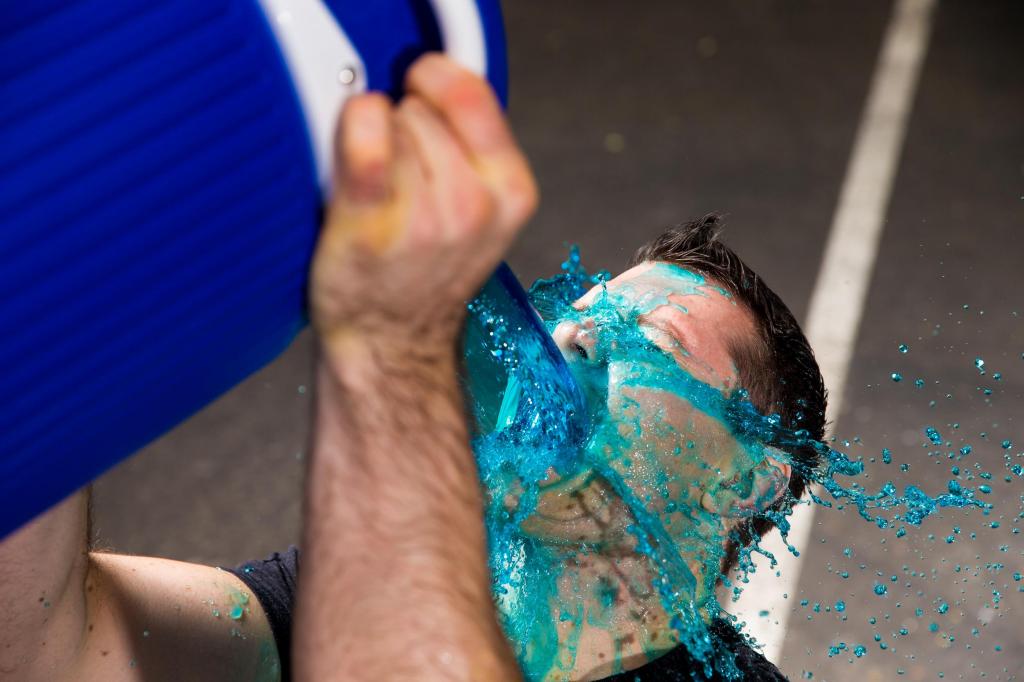 Many hydration recommendations are utter nonsense—especially if they come from a manufacturer of sports drinks. (Dave Re/CrossFit Journal)

The biggest problem with this statement is the word “dehydration,” Fowkes Godek said.

We’ve come to think of dehydration as an illness or a condition, but it’s really a verb.

“It’s a process of losing body fluid—the opposite of rehydration,” Fowkes Godek said.

If you are well hydrated, it’s normal to experience dehydration. The impact of dehydration on athletic performance depends on the hydration level before the exercise or competition. If you start exercising and are well hydrated, you can easily lose 3 to 4 percent of body weight with no ill effects. Even if you start exercising and are at the lower end of hydration, you still have a ways to go before performance suffers.

“If you start an exercise bout and you are very thirsty, you can probably lose about 2 percent and still not see any performance detriment,” Fowkes Godek said.

Many athletes find over-hydration leads to cramps and negatively affects performance. Bottom line: Pay attention to your body’s signals, and if you aren’t thirsty, don’t drink.

Myth 5: You Can’t Drink too Much Water

If you flood your body with fluid of any kind, you risk EAH.

Drink when you’re thirsty. Don’t when you aren’t.

About the Author: Hilary Achauer is a freelance writer and editor specializing in health and wellness content. In addition to writing articles, online content, blogs and newsletters, Hilary writes for the CrossFit Journal. To contact her, visit hilaryachauer.com.